Fibromyalgia (also known as fibromyalgia syndrome or FMS for short) is a chronic and long term illness which causes widespread musculoskeletal pain, extreme tiredness and memory and mood issues. Although it is a long term illness, there is one (very small) positive and that is that it’s not progressive which means that it will not get worse over time. Make no mistake about it though, fibromyalgia is a debilitating condition. There is no cure for fibromyalgia, but things like painkillers, talking therapies and exercise programmes may help ease some symptoms. However, it's a condition that can be relentless with most sufferers being in pain pretty much every day.

It's not actually clear what causes fibromyalgia. However it’s thought that the main trigger is down to abnormal levels of chemicals in the brain which then changes the way the central nervous system processes pain. It can also follow a stressful event or physical/emotional pressures. It’s interesting to note that women are more likely to be diagnosed than men and that it’s something that is most likely to occur in your mid twenties to late fifties.

Having Fibromyalgia is something that first responders need to be aware of as it can aid their treatment of you. But how would they be aware of this if you are unable to tell them? After all, if you were to suffer from an accident and were unable to communicate, then this could be a real issue. However, one of our medical ID card will be able to do the talking for you! It tells them your name, it shows that you have Fibromyalgia and it has your emergency contact details on the back. If you have one of our photo cards then there will obviously be a picture of you too so they will know it's 100% you!
Carrying an awareness card is useful for lots more scenarios. For example, it can be tiring having to explain that you have a chronic illness to strangers. Having something handy like a Medical ID Card in your wallet or purse or even worn with a lanyard is an easy way to show that you have a hidden disability. Instead of going into lengthy explanations as to why you might struggle with something they think is a relatively easy task, you can just show them your card. 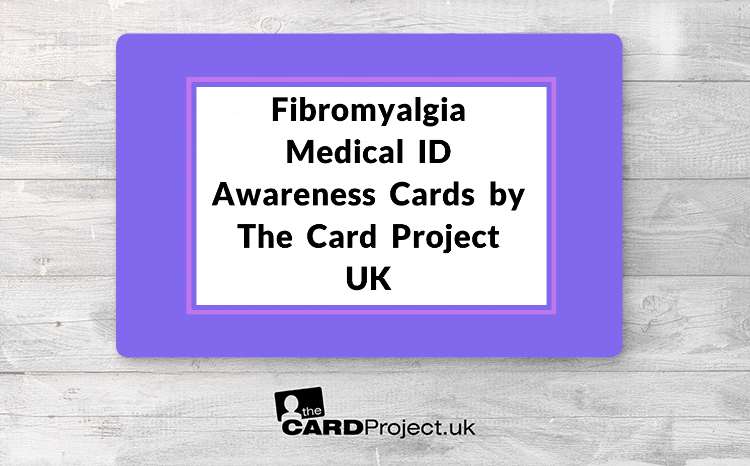 What Fibromyalgia Medical ID Cards do we have available to buy at The Card Project UK?

As with all of our Medical ID Awareness Cards we have three ranges of Fibromyalgia ID cards for you. A Photo ID Card, a Basic ID Card and a Mono ID Card. These are all available on their own or with card holders and lanyards. Click on any of the links below to find out more and to purchase your very own card! 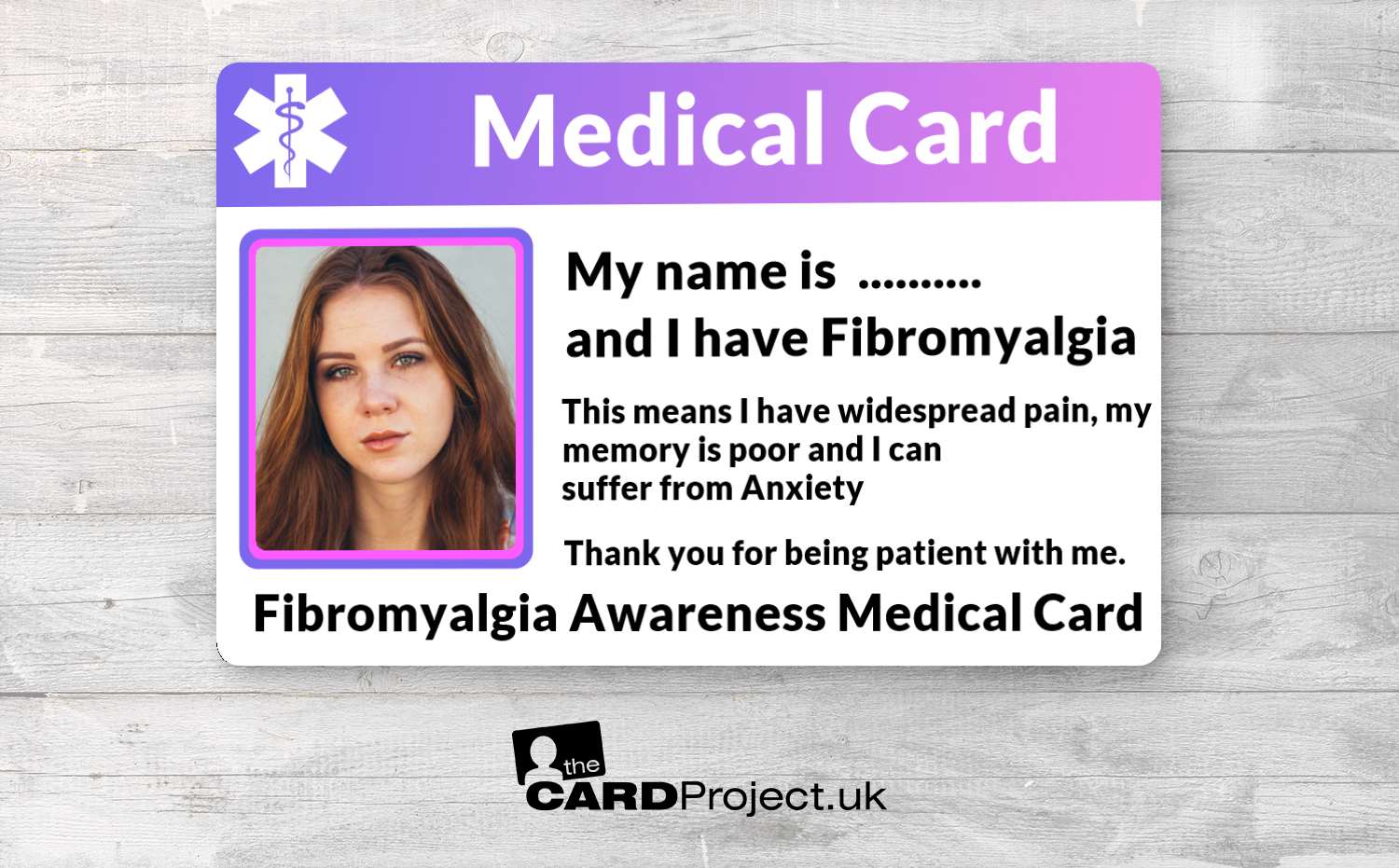 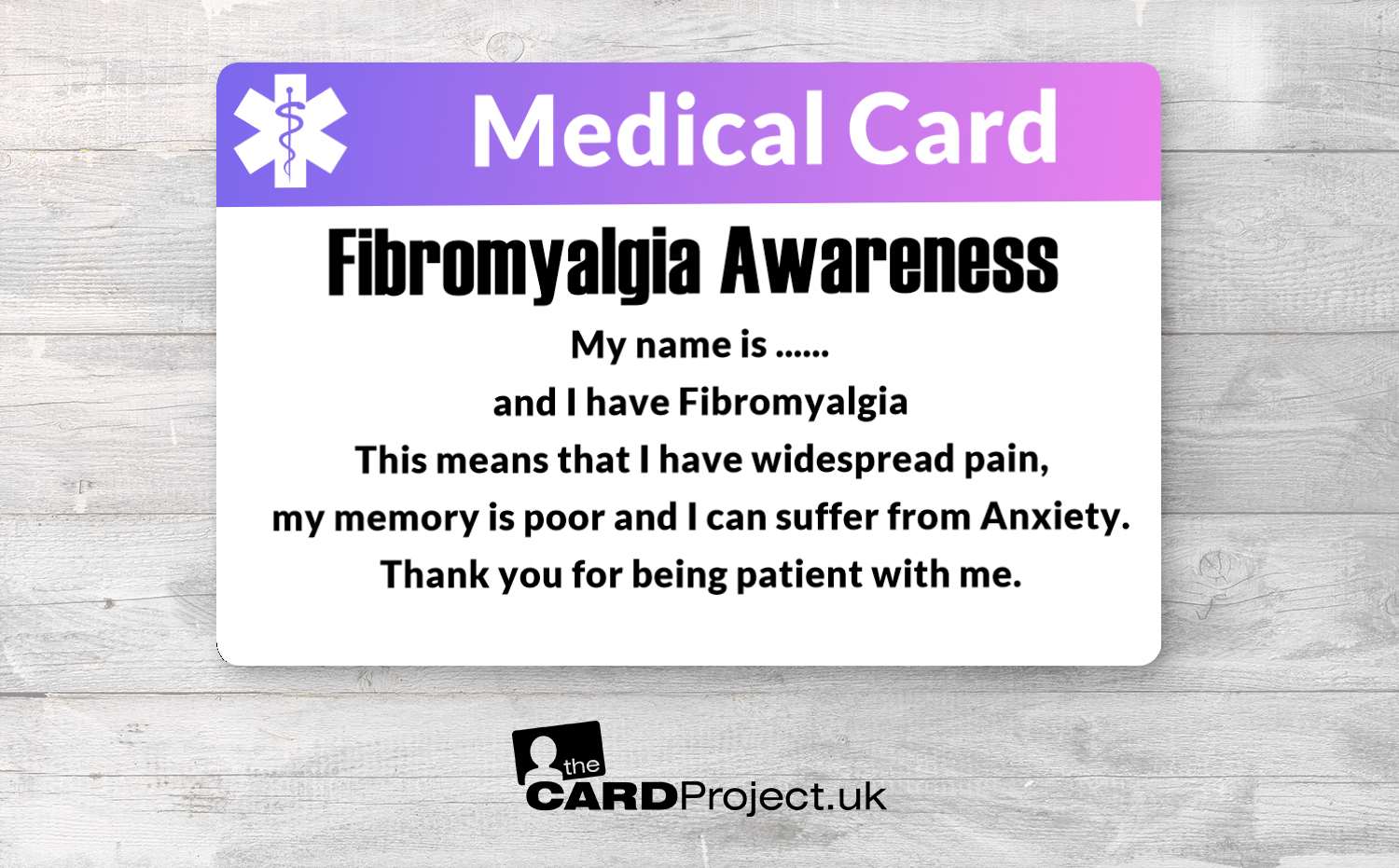 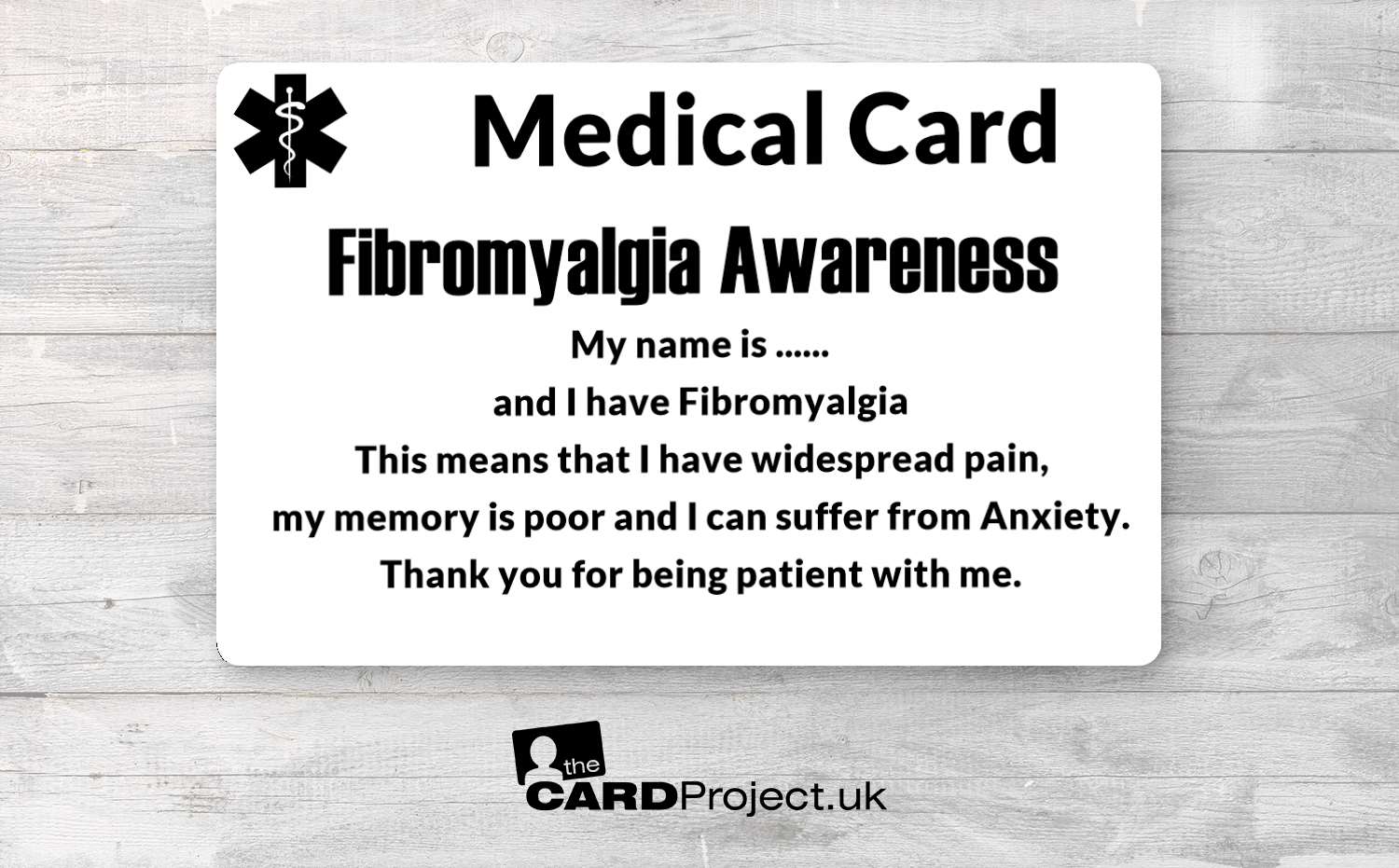